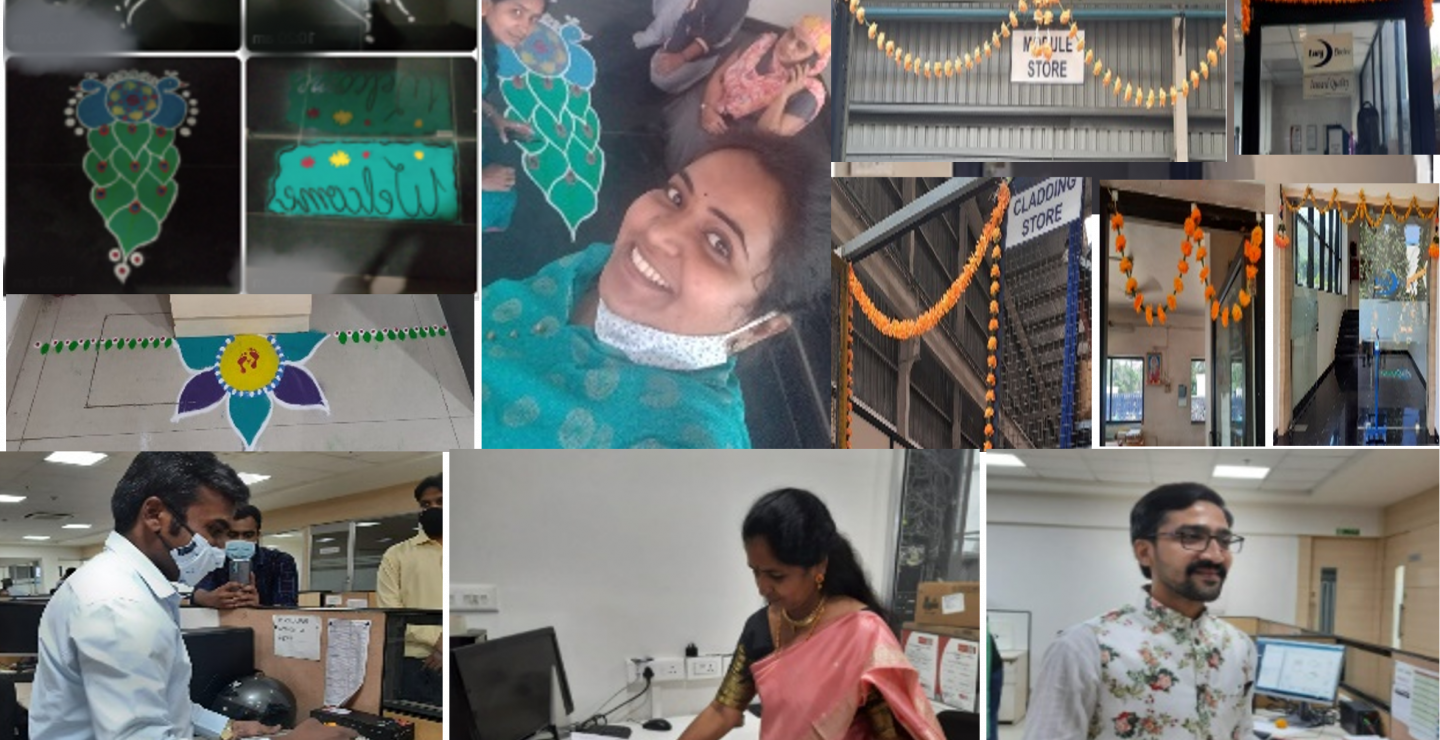 Dussehra denotes the victory of good over evil and there are two stories associated with this festival in Hindu mythology. 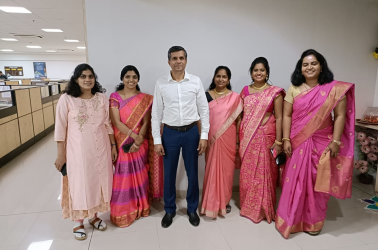 It is said that on this day the goddess Durga defeated Mahishasura after a fierce battle lasting for more than nine days. In many parts of India, it is also celebrated to mark the victory of Lord Rama over the ten-headed demon King of Lanka, Ravana. Following thorough cleaning and decoration of the workplace; worship of machines, tools and vehicles is conducted in gratitude.

At Lucy Electric India, also known as LEI, the office and factory areas were decorated with garlands and flowers. Female employees also drew rangolis (colourful sand art) and staff wore festive attire. A special packed festive lunch was arranged for all employees and special mention is due to those who organised such a mouth watering feast.

During the evening, Pooja was performed and festival greetings exchanged. Such celebrations in the workplace provide a great change from the everyday work routine and improves connections across the company.

The office environment became vibrant and even more positive which served to boost employee morale further.

Find out more about our CSR programme

Lucy Electric India Donate Beds to Local Hospital With Covid-19 putting pressure on healthcare around the world and in many cases redirecting the provision of hospital essentials,…
Find out more
Close Search overlay